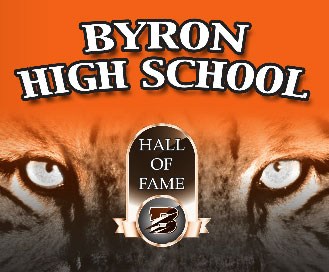 Any activity sponsored by Byron High School can be a source for nominations, including sports, music and theater, academic teams, ag teams, and service and leadership groups. Nominees may be individual participants, coaches, assistant coaches or advisors.

To be successful, an inductee must receive at least 66 percent of the votes cast by the Hall of Fame committee, based on criteria the committee has established. Those making nominations should be aware that the rules require that candidates nominated for induction be at least 10 years beyond BHS graduation. (Coaches, advisors and private citizens do not have to be BHS graduates.)
Byron 226 Hall of Fame Facebook Page