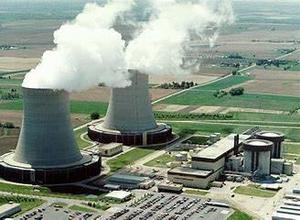 On January 17, 2019, the Ogle County Board of Review conducted its hearing on the assessment complaint filed by Exelon regarding the Byron Nuclear Power Station for tax year 2018.

On January 17, 2019, the Ogle County Board of Review conducted its hearing on the assessment complaint filed by Exelon regarding the Byron Nuclear Power Station for tax year 2018.  The Supervisor of Assessments had set the 2018 assessed value of Byron Station at $546.2 million, of which 97.5% or $532.5 million is within the Byron School District.  The remaining 2.5% is within the Oregon School District.  This was the same assessed value published by the Supervisor of Assessments and set by the Board of Review in 2017.  During today’s hearing, Exelon  argued that the Board of Review should reduce the 2018 assessed value to $188.6 million representing a 65.4% reduction from 2017.  The School District’s attorneys advocated for an increased assessed value of $625.3 million but indicated that the School District would accept confirmation of the Supervisor’s assessment of $546.2 million.  At the conclusion of the hearing, the Chairman of the Board of Review expressed the Board’s desire that Exelon and the taxing bodies negotiate a long term agreement as they had done previously for tax years 1997 through 2004 and again for tax years 2008 through 2011.  In response, our attorneys reported that the School District’s Administration had reached out to Exelon on February 3, 2017 and again on September 7, 2018.  Both times, Exelon declined to meet, expressing its desire to await a decision by the Illinois Property Tax Appeal Board on the 2012 case.  When it came time for a decision, the Board of Review began discussing Exelon’s Braidwood Station which is very comparable to Byron Station with regard to size, technology, and age.  Braidwood Station is  currently assessed at $460 million.  The Board of Review members then began sharing their notes and decided to reduce the 2018 assessed value of Byron Station to $503 million, of which $490.5 is within the Byron School District.  This decision has the effect of reducing our School District’s equalized assessed valuation by approximately $42 million.  This reduction will cost the School District approximately $1,425,000, of which approximately $1,049,000 will come from the Education Fund.  These lost revenues will be realized when 2018 property tax bills are paid in June and September, 2019, and will impact the 2019-20 school year.  In light of this decision, the Administration will be exploring options to minimize its impact on the School District and its educational program, and will be making recommendations to the Board of Education in the coming months.  Any final decisions by the Board of Education will occur in open session at a public meeting.  For those wanting to follow the decision-making process, School Board agendas and meeting minutes can be accessed at the following link: https://www.byron226.org/apps/pages/index.jsp?uREC_ID=786302&type=d&pREC_ID=1457439