Thank You to Mrs. Carol Nauman 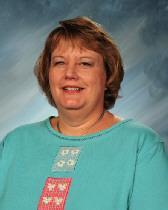 Nauman officially left her position as Byron Board of Education Member on Thursday, April 25, after having served the past eight years.  “I would like to thank the staff, administration, students, and taxpayers for their commitment to the Byron School District,” Nauman stated.  “It has been a pleasure to serve the District the past eight years.   I feel the District has made great strides during my tenure, and I wish the very best for the school system in the future.”

Nauman was elected to consecutive terms for the Board.  Her first term began in 2011, and she was reelected to her second term in 2015.  Over that time, Nauman provided a great deal leadership to the Board.  Nauman served as the chair of the Quality Review Committee for her first six years of her tenure and as Board President for the past two years.

In addition to her service on the Byron Board of Education, Nauman also served the Byron School District for over thirty years as a high school mathematics instructor, retiring in 2008.

“Mrs. Nauman has given an immense amount of her life serving the students, staff and community members of our school district,” stated superintendent of schools Buster Barton. “She has a passion for education and helping students excel.  We were fortunate to have her leadership and guidance.”

The Byron Community Unit School District would like to extend its sincere appreciation to Mrs. Carol Nauman for her years of service to Byron schools.